Trying to figure out why won’t my call go through to a certain number?

It can be very frustrating and annoying.

You have been calling the number a multiple times but the calls doesn’t go through, while other numbers are going through. You have a valid reason to wonder and to understand why such is happening, and I will explain that to you on this very post.

The reason call won’t go through to one number even when you have called multiple times on different occasions.

Contents show
1 Why won’t my call go through to a certain number
1.1 1. Your phone number is blocked
1.2 2. Because of network issues
1.3 3. The person is out of network coverage
1.4 4. The number is no longer available
1.5 5. Maybe you accidentally blocked the person

Why won’t my call go through to a certain number

The reason why your call isn’t going through to a certain number can be caused by a blocked contact, blocked call or probably the number no longer exist.

What I’m trying to say is, the receiver might have blocked your number from calling his or her mobile number. This is one of the popular reason is this type of situation or case, and I have seen this happen a lot.

Let me explain the reasons for this question of why won’t my call go through to a certain number one after the other.

1. Your phone number is blocked

This is the very first thing that should come to your mind.

I’ve been calling this very number for many times on different occasions but it is not going through;

Have she or he blocked my number?

Usually it will be the case. The person you’re calling has practically blocked you from calling it’s number. And whenever someone blocks your number, there’s no way you can call the person’s number cause the call will not go through.

WHAT YOU NEED TO DO

In order to confirm that your phone number is blocked, you have to call the person using another number. And please use a complete different number the person doesn’t have or knows about.

If the calls goes through, then be rest assured the person has blocked your number. If still the call didn’t go through, I want you to do this;

Try to call the person using any of social messaging app like whatsapp which is very popular among the rest.

If the person is active definitely he or she will reply back your message or chat. 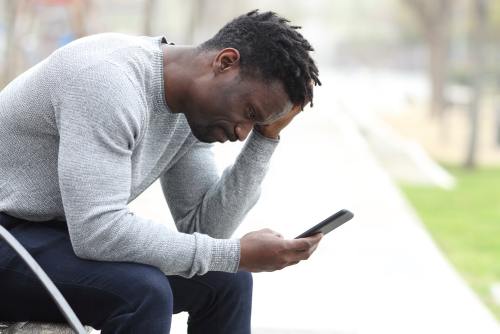 Why won’t my call go through to a certain number?

Maybe the person has blocked you from calling it’s mobile number and this is very common nowadays.

2. Because of network issues

Another reason can e causes by a network issue though this is very rare especially if you have been calling the person’s number multiple times on different occasions.

If to say it is same day you have been calling the number and it is not going through, then a network issue can cause such a problem and I have seen it happen.

This is very rare but it does happen.

3. The person is out of network coverage

Being out of network coverage can cause such problem of not being able to reach a person through phone call.

Maybe the person is in a remote environment where there’s no coverage coverage, calling the person’s number will be a big waste of time cause the call will not go through.

Back then in 2011 when I did my intern and we went to a remote environment for a project, there’s was no network coverage and it was indeed very frustrating.

I couldn’t reach anyone and nobody could reach me until we are done with the project. When I came back home, I received tons of calls from people asking my number has not been reachable for the past two weeks.

I said this story of mine to explain this question of why won’t my call go through to a certain number, cause maybe the person didn’t actually blocked your number, but rather the person’s number is out of reach.

And out of reach can be caused by poor or no network coverage in the environment.

4. The number is no longer available

This is very common in this type of situation, why won’t my call go through to a certain number. The person may not necessarily blocked your number but rather the phone number is no longer existing.

This is another situation which I have experienced while calling an old friend.

Anytime I dialed the number it won’t go through and I thought the he has blocked my number which I tried to understand why he will do such thing. When we finally met in person, I found out he no longer make use of the old number, and the number no longer exist.

I know why I’m saying this cause when you look at the first reason I gave, you may just conclude that the person has blocked your number while in the real sense the number no longer exist.

This is very common along with the first reason I gave on this topic of why won’t my call go through to a certain number.

In general if a call won’t go through to one number, you should try other means to reach out to person even if by contacting the person’s friend and relatives, or using a different phone number to call the person.

5. Maybe you accidentally blocked the person

In order to be quite sure that you didn’t block the person, open your call and go to settings. Look for blocked numbers and check to see if you have accidentally blocked the person’s number.

I do hope to have given you you the best reasons as to why won’t my call go through to a certain number. Majorly, it may be caused by a blocked phone number or probably the number you’re calling is no longer existing and has been deactivated by the network provider.

My husband has T-Mobile and his mother has Verizon. When he calls her it goes straight to voicemail and it will not show on her phone as a missed call. We have checked her phone, his # is not blocked. We can call with my phone so I know she isn't out of network. We have reset both phones and still nothing!

my friend can call me but i can't call him back,i check his phone and i don't see anything wrong that's why i don't understand what seems to be the problem.I hope someone can help me find answer,thanks!

@Kennedy, what are the network settings?

What makes you thinks your friend didn't block your number?

You tell me, when you call your friend does it redirect you to voicemail or show user busy?

I will also advise you to reset your phone network settings and see if it will fix the problem.