Cancelled call, many doesn’t seem to properly seem to understand what is a cancelled call and to differentiate it with decline or end call.

So I will explain what you need know on cancelling a call and why you shouldn’t be doing that because you will be creating a bad impression of yourself.

Before that, I want you to know that cancelled call meaning on iPhone is quite different from what it means on android. For a better explanation I will explain it based on cancelled call on android, and as well as iPhone.

What does cancelled call mean?

Cancelled call is when a caller abruptly ends a call before the recipient gets to answer the call. In other words, it also means a call which the recipient never answers or went to the voicemail.

But bear in mind that this the meaning of cancelled call on android as it quite different from iPhone. Continue to read on and you will see what cancelled call mean on iPhone.

On android cancelled call, I don’t see any reason why you should call a number and immediately cancel the call as it will not create a good impression of you.

Now let me explain what cancelled call mean on iphone and you will see it has a different meaning on android phone.

What does cancelled call mean on iPhone?

Cancelled call on iPhone simply means a call that went through but was never answered by the recipient and never went to the voicemail.

As you can see, the meaning is quite different from what it indicates on android phone. On iPhone, once you dialed someone’s contact or phone number and the call went through but ended without the person picking up the call or the call going to the voicemail, what you will see on your call log will be cancelled call. On the contrary, when you dialed a number on your iPhone and suddenly ends the call without the recipient answering the call, it will still show up as a cancelled call on your iPhone call log.

If the call happens to go to the voicemail you won’t see cancelled call on your iPhone call log instead what you will see will be outgoing call.

As cancelled call has a different meaning on android, I will go ahead and explain what call cancelled mean on android phone.

What does cancelled call mean on android phone?

Cancelled call means when a caller hung up or stops a call immediately the call is forwarded to a recipient phone number. In most cases the recipient will see the incoming call which makes it lot stupid for someone to abruptly cancels the call. 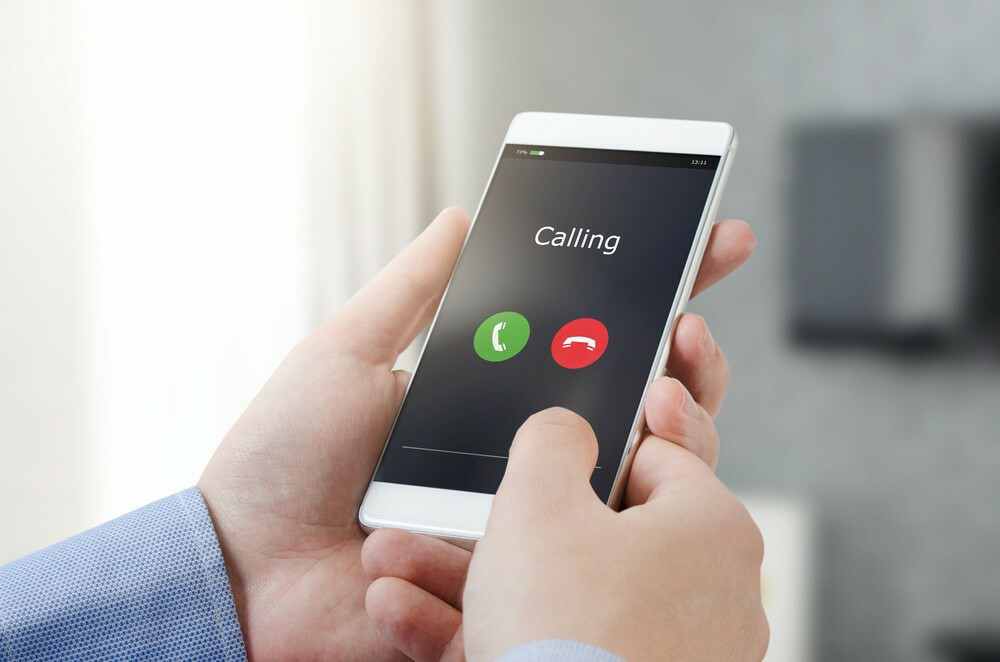 You shouldn’t be making and cancelling a call if you’re not sure with the calls unless you’re calling a wrong person.

It quite funny and stupid at same time.

I couldn’t imagine someone doing this to me. Let me give some of the reasons why people tends to cancel call after dialing a number.

Having understood what does cancelled call mean, the number one reason someone said is because of insufficient minutes to make a call. Instead he choose to dial a number, allowed the call to go through and immediately cancelled the call.

For me this is someone being plain foolish. Penny wise pound foolish.

2. The call was a mistake

This is quite common as one may tends to mistakenly dial a number, and the only solution is to immediately cancels the call before the recipient answers the call.

When it comes to cancelled call, this is a typical occurrence but on the side of the recipient he or she will look confused trying to understand why such happened.

This is why you have to apologize to the person that it was a mistake and nothing more.

A network issue can make a call to be cancelled though it is quite rare to see but it does happen. You try to make a call and suddenly the calls ends and it shows call cancelled, it may be caused by a technical network issue or poor network coverage.

3. To know if the number is available

This is another foolish reason I have seen people calls a number and immediately cancels the calls, they only want to know if a number is available having dialed a random number or a number from their phone contact.

So far these are the reasons people gave as to why they cancelled a call, and honestly it looks very childish to me.

In the case of a mistaken call, it does happen and I have fallen for it but just once when I mistakenly called the wrong person. But you need to allow the call wrong recipient to answer te call and immediately specify that it was a mistake as you wanted to dial another number.

This will clear up the air than keeping the person in the dark trying to understand why you called and cancelled the call immediately the Phone rang.

This is what is a cancelled call, to abruptly ends a call immediately it goes through to the recipient and the recipient phone begins to ring.

4. A wrong number was called

This quite happen to lots of phone users, mistakenly calling a wrong person and when you found out that you dialed a wrong number, you will quickly cancel the call.

This is quite understandable but in most cases I will recommend that you should allow the call to go through and then explain to the recipient the call was a mistake as you wanted to dial another number.

There’s nothing that can be quite confusing as to a recipient seeing an incoming call and suddenly the call gets cancelled, most phone users won’t find it funny at all. This is why it is good to explain the call was a mistake even if you have to send a text message.

Difference between cancelled call on android phone and iPhone

The main difference between cancelled call on android phone and iPhone is that on Android, any call made whether the call went through to the recipient or the caller ended it abruptly will appear as an outgoing call.

iPhone cancelled call did it ring?

The answer is yes. The call went through but was never answered by the recipient. In some cases whereby the caller immediately ends the calls after dialing the recipient phone number, the call may not go through.

Cancelled call doesn’t mean block but rather it means a caller hung up a call before the recipient could answer the incoming call or the call going to the voicemail.

Blocked on the other hand means a call couldn’t go through to a recipient as it ends immediately the recipient number was dialed.

On iPhone, cancelled call doesn’t mean blocked but rather the recipient refused to answer the call and neither did the call went to the voicemail.

How can you tell if someone has Cancelled your call?

When a call goes through and the phone rings for a second or probably three seconds, and suddenly the call ends.

However, I want you to know that there’s a difference between declining a call and cancelling a call.

How to cancel a call

To cancel an outgoing call on your mobile phone, you should tap on the end call button immediately the call goes through to the recipient phone.

What does cancelled call mean on iphone call log

Call cancelled on iphone call log simply means calls that went through to the recipient but he or she never answers the call.

Depending on your network carrier you will see cancelled call on iphone call log. These are calls that was never answered as you hung up before the recipient pickups the calls.

Does a Cancelled call show up as a missed call on iPhone?

Call cancelled before ringing did it go through?

Now you have what you have been looking for, what does cancelled call mean on iphone and android.