Google voice, one of the best voip services available for both mobile platform and web for the computer.

Through Google voice, you can seamlessly send text messages, make and receive calls without draining your data as it consumes a small data.

Now the question we have here and for today based on google voice and it’s services is;

Does Google Voice show your name during call?

The answer is no. Google voice doesn’t show the real name of the caller to another user both on iphone, android and the web version.

I have a few number of persons complain that during calls, they found out that their real name was displayed on the recipient screen. I was really surprised to see that because for the past three years I have been using the service, I haven’t seen such happen.

So I made my research as to know what actually caused such to happen, the recipient seeing the caller’s real name instead of the ID.

I know why this happened and this is what we’ll discuss in this article.

Does Google Voice show your name?

No, google voice doesn’t show the name of the caller during call, but rather it will show the caller’s ID on the screen of the recipient.

Google voice hides the real identity of it’s users and can only display the user ID.

So now you called a person using the Google voice and the recipient saw your real name and you’re were baffled as to why such thing happened, this is the reason. 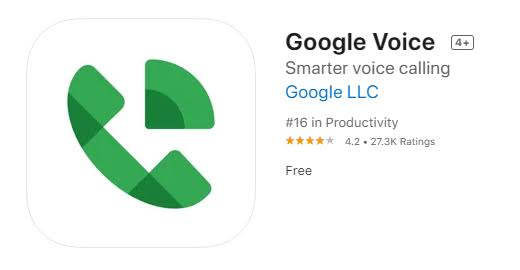 You opened or created Google voice using a Google account.

The number of persons that complained that instead of their ID to display on the screen of the recipient, their real name showed all created Google voice account using their Google account.

If you opened a Google account with your real name, this type of issue might happen to though so far I have seen just six persons that complained about this and this is why I came up with this article does Google Voice show your name.

For those that opened a Google voice account using their mobile phone number, such problem never occurred.

But the truth is google voice does not show the caller real name to the recipient instead this is what will happen.

Making a call on google voice

You dialed Sarah James on google voice and it began to ring.

And Google voice will state;

Hello, please state your name after the tone and Google Voice will try to connect you”.

Then you will immediately say;

When the recipient picks the call, this is what she will hear;

Then you and Sarah James will starting conversing using the Google voice call feature.

Why I’m saying this is to backup my claim that by default, google voice does not show the name of the caller but instead will display the caller ID. The recipient will know who is calling after the google voice must have asked and received the caller’s name or identity.

This is why by default, the Google voice will ask the caller what is your name.

If Google Voice show your name, there’s nothing you can do about it other than creating another Google voice account using your mobile phone number and if you care so much about your privacy.

What do people see when I call using Google Voice?

The caller’s identity will be hidden and that is why the google voice will first ask the caller what is your name, and afterwards forwards the call to the recipient.

You don’t have to worry as to what people see when you call using Google Voice because what they will see is your assigned Google voice ID only.

Based on the topic of the post does Google Voice show your name, there are few number of persons that claimed that their real name displayed on the recipient screen when calling on google voice. And I observed that users that opened their account using the Google account are having this issue.

Yes indeed, Google voice numbers are anonymous to the recipients, only the owner will se the assigned number and this is why Google voice protects their users privacy.

Do Google Voice numbers show up on your phone bill?

The answer is no. Google voice numbers do not show up on phone bill because they don’t use the cellular network service, but rather uses Wi-Fi and data.

Can you find out who a Google Voice number belongs to?

There are few websites that offers services to trace and find out the real identity of a Google voice number, but I have tried few of them and it didn’t work.

Is Google Voice free for personal use?

Yes indeed google voice is free for personal use unless you opened a business account which is not free but relatively cheap or affordable.

For the free version, you can make and receive calls, send thousands of text messages with ease and no restrictions.

Why does Google Voice ask for your name?

Google voice ask the name of caller in order to help identify who is calling, and afterwards forward the call to the recipient.

As Google voice doesn’t display the real identity of a caller for privacy sake, it tends to ask the caller his or her in order to help the recipient know who is calling on google voice.

You don’t need to worry asking does Google Voice show your name because Google voice will not show your real name or phone number unless in a very few occasion where hitches may occur and your real identity will be displayed on the recipient screen.

However, this is quite rare to see or happen in a few occasions.