Looking at the question of the day, will the phone ring if blocked?

Now, what makes you think or believe that the phone will definitely ring if blocked? Maybe you heard a beep or two beeps which makes you into believing that indeed the phone will ring if you’re blocked by someone.

Let’s move straight to the answer. Will the phone ring if blocked?

Definitely, the phone will not ring but on the caller’s side, you will hear a single beep, and the call will be redirected straight to voicemail or show busy and ends immediately.

Actually, what you heard is called the ring-back tone from your network service provider and not that the recipient’s phone is ringing.

To get a proper understanding of the question being asked will the phone ring if blocked, I will explain it based on the android phone and the iPhone.

1.1.Will the phone ring if blocked on iPhone?

On iPhone, the phone will never ring but instead will automatically redirect the caller straight to voicemail or show user busy if the recipient’s phone has no active voicemail.

Mostly you won’t hear a beep or two beeps if you call someone who blocked you on iPhone compared to an android phone that may beep once or twice.

1.2.Will the phone ring if blocked on android?

The straight answer is no. The phone will never ring if blocked on android although you may tend to hear a beep or two beeps before the call will be sent to voicemail.

I’m saying this based on my experience using a Samsung Galaxy phone.

However, the network service provider also plays a major role when someone is blocked because you may hear a beep or two beeps depending on your carrier. Some networks may provide one beep or two, while some won’t and the call will end or get redirected to voicemail.

How many times does a phone ring when you are blocked?

The phone might beep once or twice or probably won’t beep at all as will redirect the call to voicemail or show user busy.

If you call someone on your phone and the call beep once or twice and move straight to voicemail, it may be an indication that the person has blocked your number.

If it happens on several occasions and multiple times, then be rest assured that the person blocked your number because if the recipient’s phone is switched off, it won’t beep at all.

However, if you call someone on your phone and it shows user busy and the call ends immediately, it is a strong indication that you have been blocked by the recipient and the recipient has no voicemail on his phone.

In this case, it usually beeps once or twice, shows user busy and the call ends immediately.

What do you hear when your number is blocked?

You may hear a beep or probably not hear anything at all. Don’t expect the phone to ring when blocked by a recipient as once you’re blocked, you won’t be able to call the recipient except if you hide your number.

Calling a blocked number on your phone

As you won’t be able to call a recipient once blocked by the recipient, the only solution to call the recipient is to hide your phone number or caller ID when calling. Once you hide your caller id, the call will go through and the recipient’s phone will ring.

Let me show you how to hide your caller ID in order to call a person that blocked you.

To hide your caller id on your iPhone, open the settings app and scroll down to PHONE and open it. Right on the next page, you be presented with lots of options, look towards the bottom and you will see Show My Caller ID.

Go ahead and open show my caller id. On the next page you will see that Show my caller id is turned on by default, no what you have to do is to slide on the button to turn off show my caller id on your iPhone.

Once you have done that, you can go ahead and call the recipient that blocked your number. Definitely, the call will go through unless the recipient enabled Silence Unknown Callers on his iPhone.

On an android phone, to hide your caller ID kindly open the Phone App on your phone.

Tap on the hamburger menu option and select settings. Look towards the bottom and you will see supplementary Services. 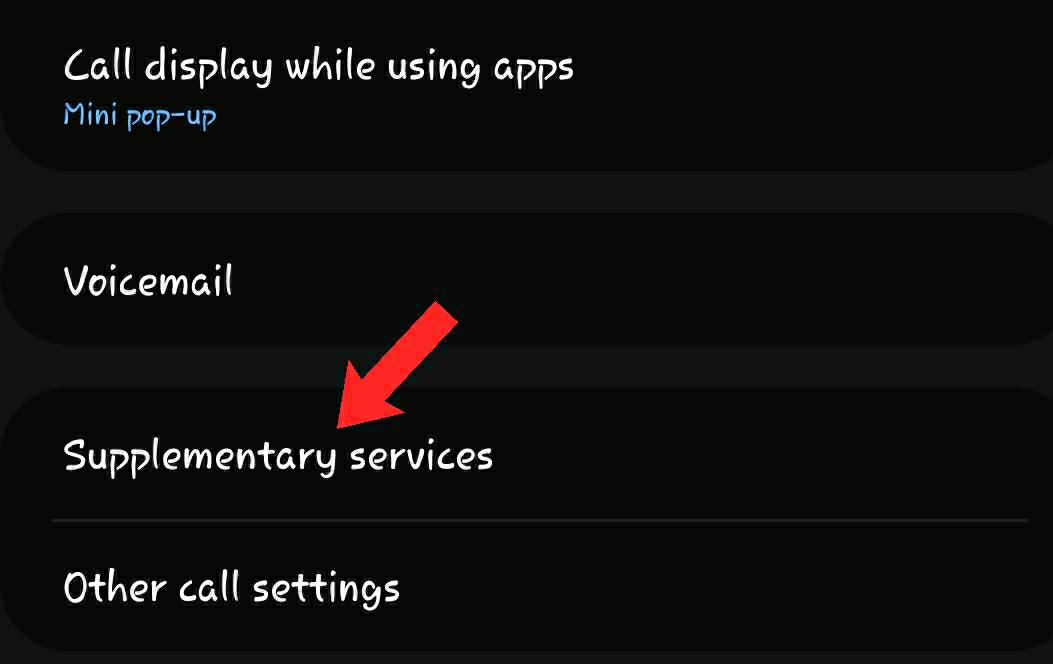 As you opened supplementary services, you will see all call options and this includes caller ID.

Tap to open where it states Show caller ID on your android phone and you will see three options which include; Once you have done that, you can go ahead and call someone that blocked you. On Android, there are no Silence Unknown Callers so definitely call will go through.

Will the phone ring if blocked on Whatsapp?

On WhatsApp, the phone will never ring or even beep once or twice if blocked by the recipient. It will show calling until it ends on its own or you decide to end the call.

WHEN IT SAYS CALLING; It simply means you dialed the recipient’s phone and a call has been initiated.

WHEN IT SAYS RINGING; It means the call went through and the recipient’s phone is ringing.

Now if the recipient blocked your number on WhatsApp, the call will only show calling and will never show ringing. It will continue to show calling until you get tired and decide to end the call or the call ends on its own.

This is how to know if someone blocked you on WhatsApp. But please bear in mind that if a recipient’s phone is switched off, that means WhatsApp won’t be available and which will prevent the WhatsApp call from ringing.

So it’s not necessarily if a WhatsApp call never showed ringing then it means blocked, but maybe due to the fact that the recipient’s phone is switched off or has no internet service.

Will facetime ring if the phone is blocked?

FaceTime will never ring if blocked even though it will be making a beeping sound.

On FaceTime, it is quite confusing when someone is blocked or not blocked on FaceTime or iPhone in general.

If someone blocked you on FaceTime and you dialed the person’s facetime number or Apple ID, it will look as if the recipient’s phone as the call will be beeping. However, on the recipient side, there’s no incoming facetime call.

Do blocked calls go straight to voicemail on iPhone?

The answer is yes. Blocked calls will go straight to voicemail but only if the recipient has an active voicemail on his phone. If there’s no active voicemail, then the call will show user busy and end right away.

This also applies to Android phones and not just the iPhone.

With this I come to the conclusion of the question being asked today, will the phone ring if blocked? Kindly note that the phone will never ring if blocked but instead you will hear a call back tune from the service carrier network.