One of the fastest and best way to share or transfer files on samsung phone is by using the quick share samsung, which is said to be similar to the Apple Airdrop for ios device.

The Samsung quick share was launched in 2020 and since then it has been one of the fastest means of sharing files from one samsung phone to another. I use the quick share a lot along with the Google nearby share and many a time I don’t see the reason to use any other file sharing apps on the play store.

If you have a samsung android phone running on samsung 2.5 Ui, you will definitely come across this feature on your mobile phone especially when you want to share a file, or probably when you pulled down the quick panel.

So I will be explaining what the quick share is all about, how it works and how you can use it on your samsung phone.

This is a file sharing service introduced by Samsung which can used to share files, data, photos, etc from one samsung phone to another seamlessly.

This is one of fastest method of file sharing though not as fast as the google nearby share or even the iphone Airdrop. This is only featured on samsung phones and it is not an application which you can transfer to another android phone brand and use it with your samsung phone.

This is to say that the quick share only works on Samsung phones. If you have a Samsung phone and a Oneplus phone, you can’t use this file sharing service cause it is not featured on Oneplus phones. In this case using the nearby share is the best alternative and way faster than the Samsung quick share.

You can use this service to share any type of files on your samsung phone except for apps. You cannot use it to share applications on your phone unless you use the nearby share.

The Samsung quick share uses wifi in sending files from one phone to another, and both devices need to be connected via the quick share service.

Internet connection isn’t required to use the quick share samsung and this also includes Bluetooth, but rather wifi only. It is very fast and you can transfer a file of 2GB under 45 seconds though using the nearby share offers a better speed rate.

I transferred a file of 2GB under 32 seconds using the Google android nearby share, and you can also use it to transfer apps from one phone to another.

Remember, you cannot transfer or share apps from one phone to another using the quick share service, it will only send a play store link instead of the app itself. Now let’s see how you can use the service to transfer files from one samsung phone to another.

How to use Quick Share to transfer files on android

To do that, you need to pull down the quick panel on your phone, look for quick share among the options and remember to swipe to the left if you have many options on your settings panel or the quick panel.

Definitely you will see it among the options just like on the picture below; 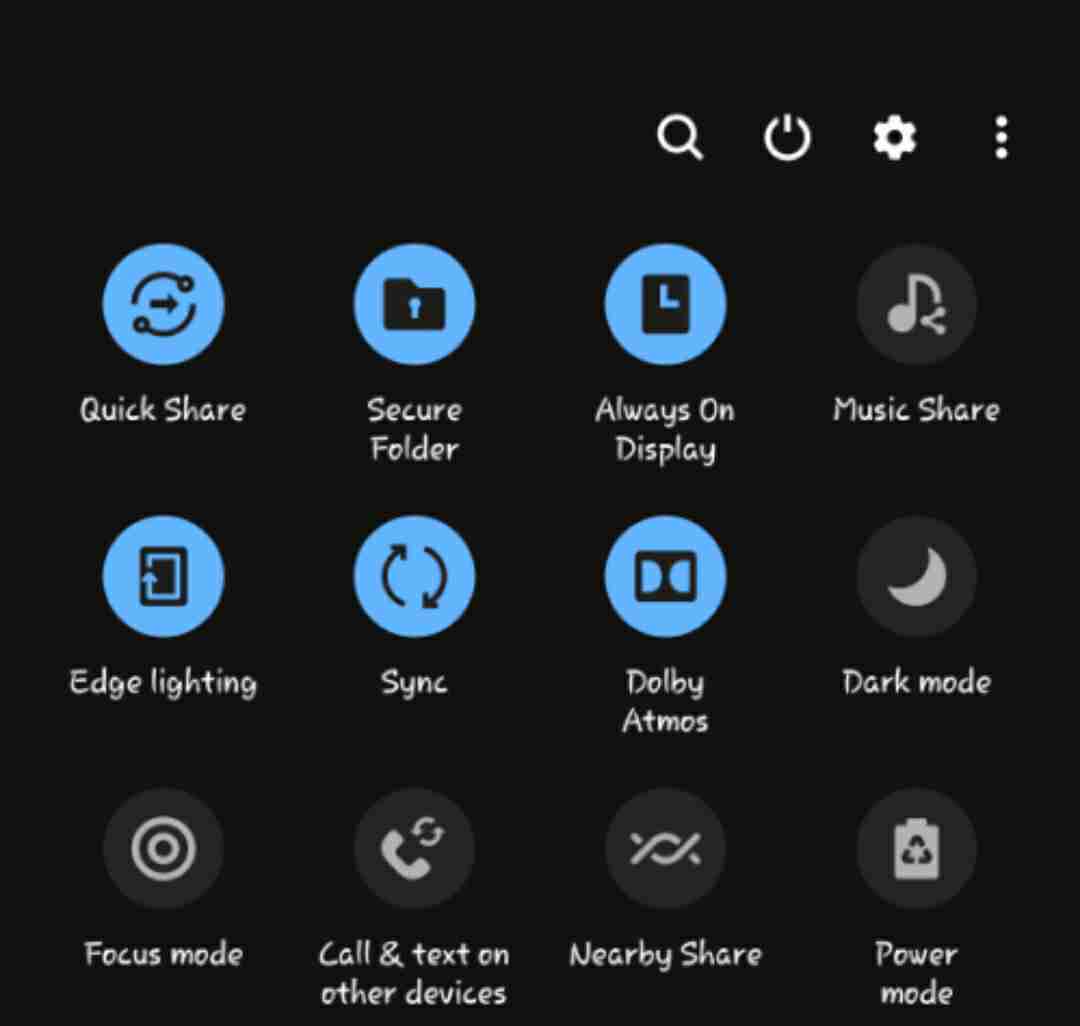 On both devices turn on the quick share and open the file app where you files which you want to transfer are stored. Tap hold the file and select others if you want to send a multiple files, and tap on the share button.

Among the options that will be displayed on your screen will include the quick share sharing service, so kindly tap on it.

On the sending phone, it will show the device(s) connected to quick share just like on the picture below. 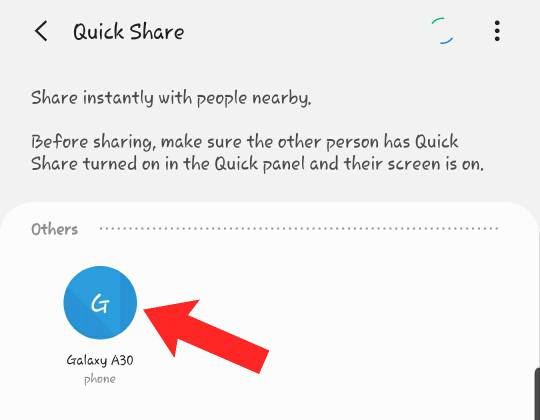 Tap on the device displayed on your screen, and on the other phone accept the file to be transferred to the phone. It will first prepare the file before receiving the file on the receiving phone.

This is how to use quick share to transfer files, photos from one samsung phone to another and you can send to multiple users at same time though the speed rate will reduce.

I’ve seen lots of applications with this very name but the truth here is the Samsung file sharing service isn’t an application that can be downloaded from the play store, the galaxy store or any other store.

This is pre-installed on samsung phones and cannot be downloaded as it isn’t an apk file. I downloaded the other apk files on play store which bears the same name with this samsung service and I can say that they are below par.

I don’t see the reason why someone would go ahead and download those apps cause even the likes of shareIt, Xender, etc are way better compared to these so called quick Share app on the Google play store.

Also, Google android nearby share works on all Android phone and not just on samsung phone only or maybe the Google pixel. The speed is awesome just like the ios Airdrop.

So if you don’t fancy this very samsung quick share or maybe because of the fact that it is only fir samsung phones and you have other Android phone brands, then you can use the Google nearby share.

Others includes the likes shareIt, Xender, etc even though I can’t remember the last time I used these apps. I’ve dumped them along with using the Bluetooth to transfer files on my mobile phone.

Right now I make use of these; the google android nearby share, the wifi direct, and the quick share samsung.

If u want to share apps on my android phones or with friends using android phones, I make use of the nearby share and this is why I have completely forgotten about these file sharing apps on play store.

The truth is as long as you are using the pre-installed one from samsung, why should you be afraid, and of course it is very much safe to use and to share files from your samsung phone. Even the ones on play store are also safe if not they won’t be featured or uploaded on the Google play store.

You shouldn’t be afraid using this file sharing service cause it is one hundred percent safe and I’ve be using it since it was released last year. Nothing to be scared of unless you’re using file sharing apps especially the one’s you downloaded from the play store.

Absolutely no. You cannnot quick share from samsung to iPhone using the file sharing service as it is only meant for samsung phones. You can’t even do that on any other Android phone other than the Samsung Galaxy, and this is why I recommend the Google Android nearby as a superb alternative.

However, such services will never work when it comes to iPhone. You cannot share files, photos, data from samsung to iPhone using this service, I’m sorry it will never happen and maybe in the future it may work out.

Right now you can transfer files from your samsung phone to your computer without a USB cable as samsung launched the Quick Share for Windows this year.

It allows you to transfer any files seamlessly from your phone to your computer without any tussle. In my next next I will discuss about the Quick Share for Windows and how you can use it to transfer files from mobile to pc.