Wifi direct is one of the best and fastest way to share files on android, and I usually make use of it aside from the Google nearby share or the Samsung quick share. Now I usually see people ask, is it possible to share internet via wifi direct android.

So this is what I will explain on this post, if it is actually possible that someone can share internet via wifi direct on it’s android phone or even on android tablet.

Remember, you can share files using the wifi direct and it is very fast, but for internet sharing via wifi direct, let’s see if that is possible.

I’m sorry that is not possible.

I’ve tried it a couple of times and failed woefully and no internet was shared between my two phones. Whereas, I don’t see the reason why you would want to share internet via wifi direct on your android phone since there’s a wifi hotspot to do the job.

I downloaded this app called NetApp to do the job but I really find it quite difficult to connect my two android phones via the Wi-Fi direct, so I get rid of app and stopped trying.

I’m not the type that love to have lots of apps on my mobile phone cause they will consume my phone battery. I installed tons of apps to see if truly I will see the app that will share internet via wifi direct android but I couldn’t see any on the play store and I stopped trying.

● Don’t miss What is sleeping apps mode on android

Now let me show you how to share internet via wifi hotspot incase you’re a novice.

To share internet via wifi hotspot, kindly open the settings app and tap on connections. Scroll and you will see where it states mobile hotspot and tethering on your screen, tap on it to open.

Now you will see mobile hotspot on your screen, and it will be turned off just like on the picture below. 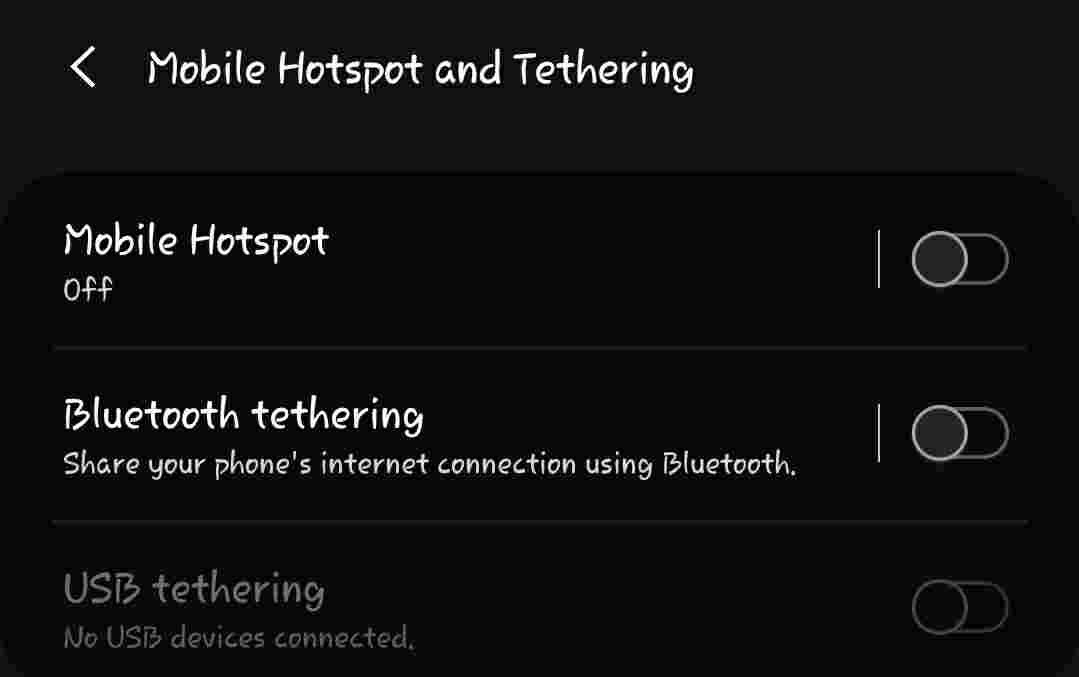 Kindly enter your username and password and you’re set to share your internet via wifi hotspot on your mobile phone.

● Don’t miss What is deep sleeping apps mode on android

Can i use wifi direct to connect to the Internet

If you’re hoping or trying to figure out if indeed you can share internet via wifi direct android phone or any other mobile phone, I’m sorry thar is not possible cause I myself have tried it several times and it didn’t work out.

You can even put your phone on airplane mode and still transfer files using the wifi direct feature on your android phone. Remember, I said that it is one of the best and fastest means of file transfer and I normally use it compared to other means of file sharing on mobile phones.

To do that, open the settings app and tap on connections followed by wifi, or you can simply pull down the panel and tap on wifi and tap details.

Next, you have to tap on the hamburger menu on both devices and you will see wifi direct option and make sure to turn on your wifi first. 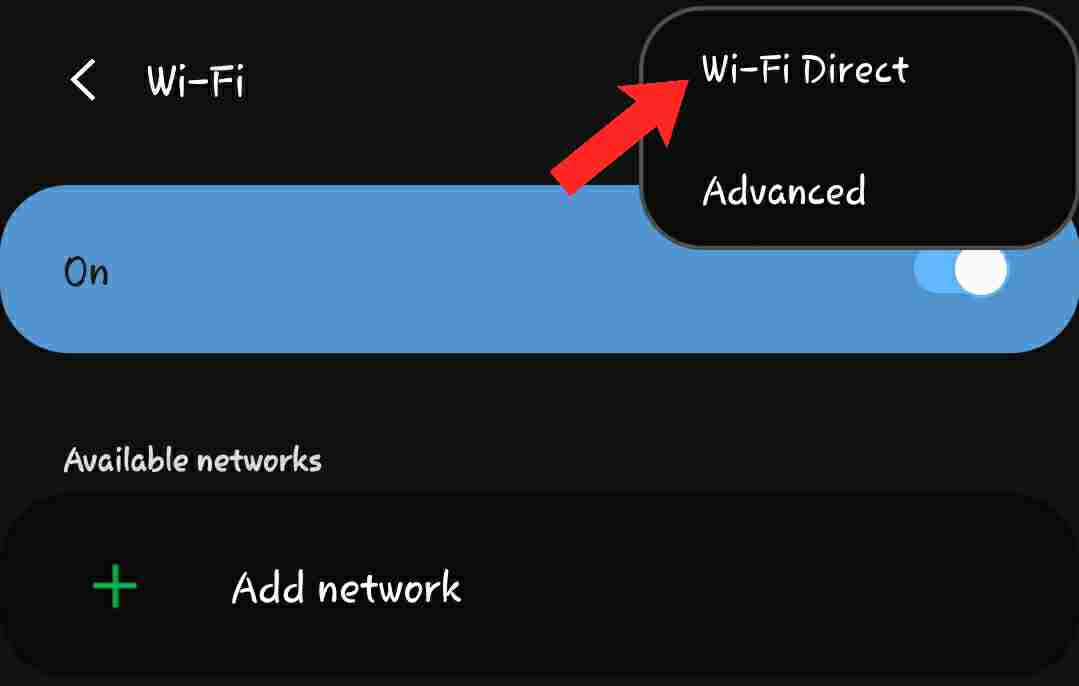 Go the file or data which you want to transfer or send to the other phone and press hold on the file. You will see the share button, tap on it and it will display lots of options for you including the wifi direct.

Select wifi direct by simply tapping on it, and it will display the device(s) which you are connected with via wifi direct. So you have to tap on the device or the phone and on top of your screen tap share just like on the picture below. 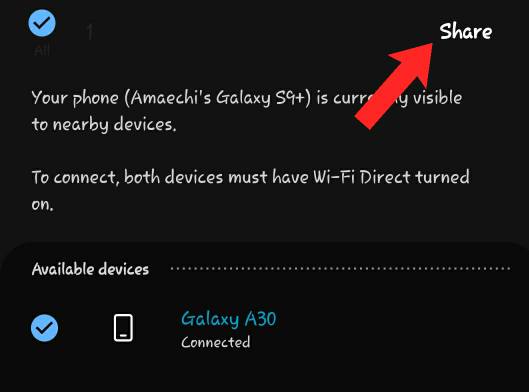 On tapping on the share button, it will send the file to the other device. Usually it takes about 30 seconds to 35 seconds to send a 1GB file size and which is similar speed with the Samsung quick share. The fastest I’ve seen is the google nearby share and in my next post I will talk about it.

So this is how to share files via wifi direct, and you can learn more about on how to use wifi direct on any android phone and tablet.

Once again, you cannot share internet via wifi direct android phone but rather share files on your android mobile phone. If you see anyone asking this question of can i use wifi direct to connect to the Internet, kindly know that the answer is a big no and the person should use a wifi hotspot and not wifi direct to share or connect internet to another phone.