Are portable chargers allowed on planes, this is one question some people usually ask when traveling by air.

There are some gadgets which are not permitted while traveling by air, the likes of laptops are strictly not all on the plane though it differ from country to country.

As laptops which i know are not allowed on plane, it doesn’t mean that smartphones too are restricted. You can carry your phone with you to the plane as there’s no restriction on smartphones all over the world.

But the question is are portable chargers allowed on planes??? The answer is right below.

Are portable chargers allowed on planes

You need not to worry as portable charger or power bank are hundred percent allowed on plane.

But please this is based on some countries which i know, like the United Kingdom, United States, Canada, South Africa, Australia, Germany, Finland, Nigeria, Ghana, Cyprus New Zealand.

The countries above doesn’t restrict the use of power bank on plane. I can’t say for sure on Asian countries like China, North and South Korea, Japan or the Arab countries.

However, generally portable chargers are not restricted on airplane but you’ll only be allowed to use it on carry-on baggage only. It is good to make inquiries before going to the airport with any portable charger.

Please when i say that portable chargers allowed on planes, that doesn’t necessarily means that you can carry any capacity with you.

Definitely no, there’s a restriction on the power bank capacity on airplanes.

Usually, you can’t go with a portable charger of about 40000mAh or even 30000mAh to the airport, but from 20000mAh below is generally accepted.

So if you are have a smartphone whose battery capacity can’t carry you all through your journey, and you’re going by flight, you can take a power bank or portable charger with you but make sure it is not above the limit and the airline or country that you are heading to don’t have a restriction on it.

The Best portable charger for smartphones

It is recommendable to always go for the best and especially whenever it comes to gadgets with power bank included.

It not a lie that portable chargers can cause havoc to your cell phone especially in terms of explosion.

How would you feel if the portable charger you have with you on the airport or even on the plane explodes!!! Seriously you’ll be charged or put behind bars.

Whenever you’re embarking on a journey and wants to carry a power bank with you, please be hundred percent sure that you’re going with a good one.

There are lots of power bank brands in the market, but among them we have the best and which i’ve listed them below. 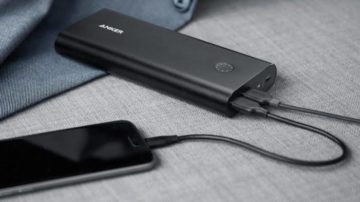 One of the best power bank brand in the world today.

There’s so many battery capacities and the latest anker power banks are fast chargers.

Depending on the battery capacity of the smartphone and the anker, it charge your smartphone up to six times before it goes flat.

For example i’m using the anker powercore which is 20000mAh, it can charge my Samsung galaxy s9 plus up to five times and my iPhone XR up to six times before the battery goes flat.

Have been using the anker power bank for the three years and haven’t experienced any issue with it.

To get the best anker power bank, i always recommend amazon and you can buy your preferred one from any trusted online store or offline store. 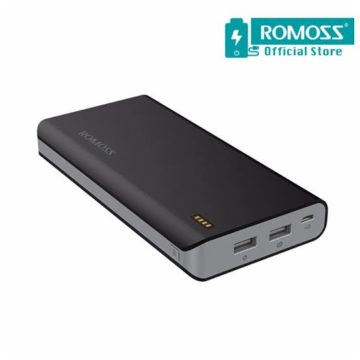 One of my best and favourite portable charger till date. Bought my Romoss Sense 4 since 2014 and even right now(2019 October) i’m still making use of it. There’s no single say i’ve experienced any hitches while using the romoss sense 4 power bank.

Right now i’ve upgraded to the Sense 8+ and that one is complete stunning, preffered it more than my anker powercore. But it is 30000mAh and maybe restricted in some airlines. But there are lower capacities like 5000mAh, 10000mAh or even 20000mAh and you can also go for them. 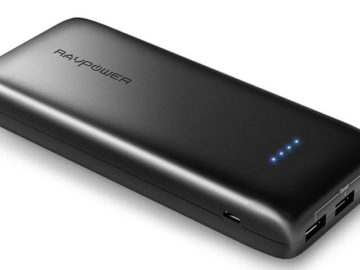 One of the best we have in the world, though i haven’t used it but from people’s reviews i concluded that Ravepower is a good buy in terms of portable charger.

They have that of 32000mAh capacity if you’re looking for a large one, and it charges the latest iPhone 11, 11 pro and pro max up to five charges from zero to hundred percent. Not only that, it can charge the lastest Samsung note 10 up to four to five times. 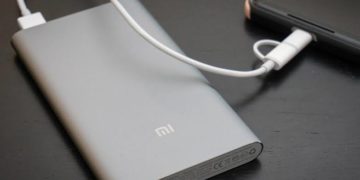 One of the oldest power bank brand in the world, very good and reliable. Xiaomi offers the cheapest but good quality chargers for smartphones compared to the ankers, ravepower and even romoss.

The xiaomi charge is what i do call value for money, it is not paying $70 on a portable charger which doesn’t satisfy or meet your needs.

Just like others, there are several types of xiaomi portable chargers, all depends on the capacity that you desired to have.

It also offers a type C USB cable which you can use it to charge your device instead of your smartphone cable.

Please note that there are lot’s of fake xiaomi power banks, you need to check people’s review and know the difference between the original and the fake one before ordering for any.

So far these are the best brands that i know, though there are lot’s of them in the market. Will continue to update this page with more after my research.

Bet i’ve answered your question “are portable chargers allowed on planes” let me repeat again, the answer is yes though there is a limit on the battery capacity which is usually from 30000mAh upwards. Though you need to make inquiries as to ascertain that the plane that you’ll boarding don’t have a restriction on it.