Since the introduction of the iphone X series, apple changed the method of taking screenshots on their device, so if you are looking for how to take a screenshot on iphone xr, you’re at the right place as i will show you how to do it. This isn’t just about the iphone xr, but also includes others like the X, Xs, Xs Max smartphones.

Some old iphone users like the iPhone 8 or 8 plus finds it bit difficult, not knowing exactly how to take a screenshot on the iphone xr. This is so because apple changed the buttons for screenshots on their new devices. Before going to the topic of the day how to take screenshot on iphone xr, let see a quick overview of the smartphone.

The iphone Xr is among the best and high end smartphone we have in the world today, released in October 2018 and featured some nice and exciting specs like a big screen of 6.1 with a Liquid Retina IPS LCD capacitive touchscreen. This makes the display of the iphone xr to be sharp with a vivid color.

The iphone Xr is a water resistant smartphone, with IP67 dust/water resistant, up to 1m for 30 mins, with a build quality of a front/back glass, aluminum frame.

The major downside of the iPhone xr is in terms of camera, which is just only one in 2018. This is quite surprising with the fact that the Xr was released late 2018 when smartphone brands are powering their phones with a triple camera. But the truth is that the iPhone Xr is cheapest among the three apple phones released in 2018.

It features a Face ID, accelerometer, gyro, proximity, compass, barometer, Siri natural language commands and dictation. All these goes down on a Non-removable Li-Ion 2942 mAh battery which is a Fast battery charging 15W, this charges from 0 to 50% in 30 mins

How to take a screenshot on iphone xr 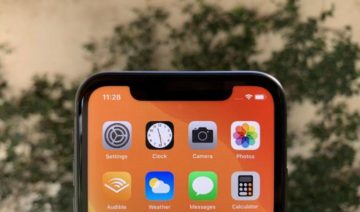 If you’re asking this question, how do i take a screenshot on my iphone xr, i tell you that it is so easy and you can do that in two ways whether you’re on ios 12 or upgraded your phone to the latest ios 13. Follow the guide below;

Take a screenshot using the side Buttons

This method on how to take a screenshot on iphone xr isn’t something that is applicable to the iphones or the XR either, but other smartphones in today’s world like the android phones.

To take a screenshot using the side buttons, press the Volume Up and the Side button at the same time and it will screenshot immediately. After that you can edit the screenshot or even delete it same time.

Same time an option which is the share button will be presented to you to share your screenshot on WhatsApp, Facebook or other media’s. To do that, press hold on the preview to directly jump to the Share sheet to send the screenshot to an WhatsApp or mail.

Apart from using the side buttons on the phone, there’s also another method on which you can take screenshot on iphone xr, that is through assistive touch.

How to take a screenshot on iphone xr through assistive touch

Assisstive Touch is an accessibility feature that can help people with motor skill impairments get the most out of their iPhone or iPad. With AssistiveTouch enabled, you’ll be able to perform actions like pinching to zoom or 3D Touch with just a tap instead.

Before taking a screenshot on iphone xr using the assistive touch method, you will first enable it on your device. To do that, go to settings and tap on navigating to General to Accessibility and Assistive Touch. Toggle Assistive Touch ON on your iPhone xr.

Having said earlier, to take screenshot on iphone xr running on ios 12 is the same method or process if you’re on ios 13, nothing changes at all. You see taking a screenshot on the iphone xr is so easy than you think, no long process or difficulty accessing or even configuring the assistive touch in order to take shots of what you are doing on your smartphone.

With the two said methods, i’ve answered your question on how to take a screenshot on iphone xr. Please don’t forget to use the share buttons to share this post to your friends thanks.