Trying to know the difference between iphone xs and xr, this post will help you a lot more to know all the major differences between the two apple smartphones. You maybe contemplating on which one to go after, after reading this blog post, you can finally make your decision.

The iphone xs and xr which was released in the same year but a different space of one month apart, was among the best phones of 2018. The two apple phones are just like the current iPhone 11 and 11 pro, one has a greater specs than the other. So which one do you think has the better specification than the other, the iphone Xs or the Xr.

Let’s start with an overview of the two apple smartphones, the xr and xs. 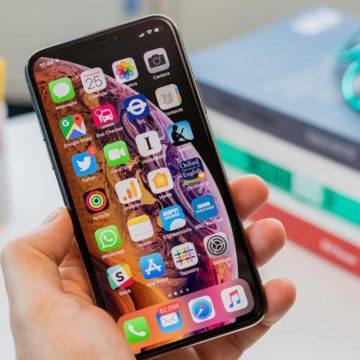 The iphone xs was released in September 2018, along with the xs max. The phone which is a water resistant smartphone had a smaller display, compared to the likes of the iPhone Xr or the Xs Max. But the smartphone comes with a Super Retina OLED capacitive touchscreen, which is the same with the Xs Max.

Not only that, the screen is a scratch-resistant glass, with a HDR10 and a 3d touch. This is a feature that the iphone Xr lacks, the display isn’t close to the Xs or the Xs Max.

Apple did a good job, by powering the iphone Xs and even the Xs Max a ram of 4GB, the first of it’s kind in any Apple iphones. Well the case is not the same with the Xr as it is powered by a 3GB of ram.

The iphone Xs has a very fast processor, a Hexa-core of 2×2.5 GHz Vortex + 4×1.6 GHz Tempest and Apple are GPU of 4-core graphics. Coupled with 4GB of ram, the iPhone Xs hardly lags and multitasking is flawless.

The camera was something that i was really surprised at especially being a very costly smartphone in 2018. Seriously iphone Xs camera isn’t as superb as i thought it will be, and the truth is that even the galaxy s9 plus beats the iPhone Xs in photos and videos from my own observation.

No 3.5mm jack just like the recent iphones, no radio, but it has features like the fast charging, wireless charging, Face ID, accelerometer, gyro, proximity, compass, barometer and Siri natural language commands and dictation. All these by a non-removable Li-Ion 2658 mAh battery which is lower than the Iphone Xr. 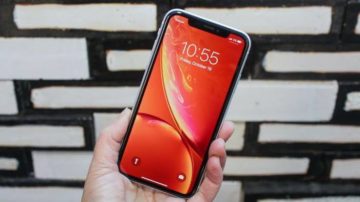 Just like the iphone Xs, was released in 2018 but in October. The phone has the least specifications compared to the other two phones Apple released in 2018, but that didn’t made it not to be a high end phone, after it an iPhone.

The apple iPhone Xr has a bigger screen display, compared to the Xs. The screen which is 6.1 inches with a Liquid Retina IPS LCD capacitive touchscreen. The glass is indeed scratch resistant, but no HDR10 and this means that the display of the iphone Xr won’t be as vivid as the Xs or Xs Max. The smartphone with the best screen display is no doubt but the latest Samsung note 10 or the galaxy s10/plus.

The camera of the iphone Xr is what i’m not really happy about, after spending so much on a phone, an android phone of $300 featured a dual or even a triple camera with nice shots, compared to iphone Xr which has a single camera in 2018. Well, that is Apple for you and that didn’t stop the phone from selling.

No card slot in the Iphone Xr, but you will get an internal memory and ram of 64GB 3GB RAM, 128GB 3GB RAM, 256GB 3GB RAM. So the Xr is of a 3GB in ram and it is way better compared to android 8GB. Maybe this is so because of the high processor in the apple iPhone Xr, which is Hexa-core 2×2.5 GHz Vortex + 4×1.6 GHz Tempest and Apple GPU of 4-core graphics.

In terms of optimization and multitasking, Apple iphones beats android hands down and they can’t be compared, though some high end android phone like the Samsung note 10 or the galaxy s10 plus, huawei mate 30 pro etc are real badass in multitasking.

Just like other iphones, the Xr has features like fast charging, Qi wireless charging, face ID, accelerometer, gyro, proximity, compass, barometer, Siri natural language commands and dictation. And the iPhone Xr runs on a Non-removable Li-Ion 2942 mAh battery. This is slightly better than the IPhone Xs though the Xs max has a larger capacity.

So let’s head down straight to difference between iphone xs and xr, which one is better than the other.

Is better to start from the body, thid includes the dimension, weight and built of the two phones.

Weight: Another feature that people tends to look for when planning to buy a new smartphone. The iPhone Xs weigh 177 g while the Xr is 194 g, a very big difference between iphone xs and xr in terms of weight. I always prefer to go for smartphones with less weight, this is why i don’t necessarily fancy the samsung notes.

However the stainless steel frame made the Iphone Xs looks more premium and superior compared to the Xr.

Display is one major requirement i look out for when planning on buying a new phone. I love phones with high quality display and this have been the case since my days of Nokia Symbian and Belle.

The Super Retina OLED produce their own light in OLED screen, this translates to deeper and inkier blacks, and higher contrasts, while the Liquid Retina IPS LCD display with new technology and modifications (by Apple) to make the display quality better than the previous iPhone LCD panels.

However, thanks to iphone Xs HDR10, it produces more sharp and vivid colors compared to the iphone Xr.

IIn the display features, the two apple smartphones seemed to have almost the same feature but some are missing in the iphone Xr, and this includes thee 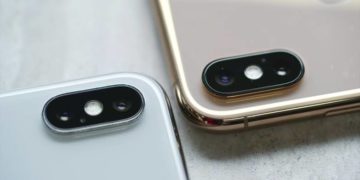 There’s a clear difference between iphone xs and xr in terms of camera specs with the Xr only having a single camera. The Xs is way ahead of the Xr, not just because of the dual camera, but in terms of nice quality shots.

Well, the iPhone XS and iPhone XR primary rear cameras also have a larger 1.4µm pixel size which enables them to take in more light. This is a crucial upgrade for better low light photography and a win for both phones.

Another important factor to look out in a phone is the internal memory and the ram. In terms of memory, there’s another big difference between iphone xs and xr, the Xs is way better with a 4GB of ram, and an internal memory of 64GB, 256GB and 512GB.

The iphone Xr has a 3GB of ram, with internal memory of 64GB, 128GB and 25GB respectively. The two phones doesn’t support micro sd card slot or any other, but you can make use of an OTG USB. Playing high quality games with powerful graphics or multi-tasking, doesn’t lag at all on the iPhone Xs, but you may be surprised that the Xr lags after a long period of usage without an optimisation.

In this aspect, i didn’t see much difference between iphone xs and xr, but the Xs seemed to have louder and clear sound compared to the Xr but you may not notice it. There’s no 3.5mm jack in the two apple smartphones, the company had removed this feature after the release of the iphone 6, 6plus and 6splus.

Another major factor to check out in a smartphone is the battery capacity and life. There’s a slight difference between iphone xs and xr in their battery capacity, the first has a battery mah of 2658mAh, while the former is 2942mAh respectively.

The different between the two apple phones is just 284mAh and for me, it is just nothing as they have the same talk time and music play. If you’re a hardcore phone user, the two phones might last just six to seven hours before the battery goes flat.

Price is another difference between iphone xs and xr, the first costs $540 as at December 2019, while the xr costs $450. If you can’t afford to buy the iphone Xs, go for the Xr. However, if you want a bigger screen and good specs, then you can upgrade your budget and go for the Iphone Xs Max as it is a complete package.

The best camera phones in 2020

This is where i will round it up on the post which is all about the difference between iphone xs and xr, you can add more to this post thanks.