I bring to you guys the best smartphone camera under $500 in 2020, and there are vast number of them in the market. If you love a phone with a good camera, but don’t have the budget to go the high end or flagship smartphones that are sold at the rate of $800 to $1200, there are affordable ones that i’ve listed on thid post.

Having a smartphone with a good camera means a lot to some people, you always love to take a shot or do a selfie or cover for an event. You mustn’t have a flagship phone in order to take a good pics, there are numerous number of affordable phones that can give you that which a smartphone of $1200 offers.

So the question is, which and which phones under $500 has a good camera.

Remember, what i said is the best smartphone cameras and this list contains phones of 2017, 2018 and 2019, and will always update it till 2020. This only includes android and ios smartphones with a good camera quality and which you can get from $500 below.

The best smartphone camera In 2020

As we are going towards the end of the year 2019, new smartphones are being released with majority costing as much as eight hundred to one thousand dollars, others four hundred dollars. So let’s look at those phones with good camera which you can get for five hundred dollars and below. 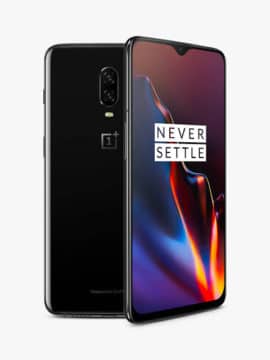 One of the best smartphone camera phone to buy even in 2020, as the oneplus 6T phone is simply stunning. Released in November 2018, is a flagship phone of the oneplus company.

The 6T which runs on android 9.0, and upgradable to Android 10; OxygenOS 10.0.1, has a 6.4 inches display, with an Optic AMOLED capacitive touchscreen protected by a Corning Gorilla Glass 6. 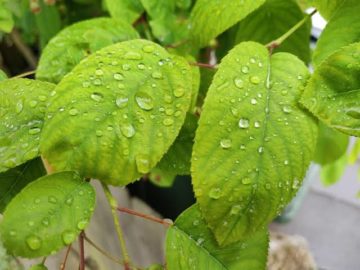 The oneplus 6T camera features a phase-detection autofocus and a twin LED flash. In video mode, the rear camera can record 4K video footage at 60 frames per second, with Super Slow Motion available at 1080p and 240fps, or 720p and 480fps.

The oneplus 6T camera slightly edge ahead of the 2017 google pixel 2 camera, this is to tell you how good the camera is. It has a wide dynamic range, pleasant colors, and good detail preservation in almost all tested conditions. In some comparison, the oneplus 6T camera seemed way better and produces a perfectly usable image that is noticeably brighter than either the iPhone XS or the Galaxy Note 9. 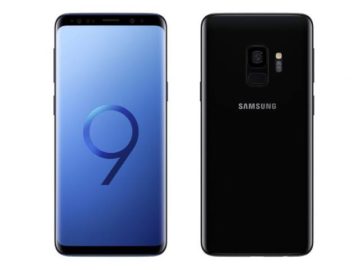 Another best smartphone camera under $500 is the samsung galaxy s9. The price of the s9 have fallen drastically in the recent months, thid thanks to the recent release of other samsung phones like the A80 and A90 and some brands other than samsung.

Released in March 2018 with the s9 plus, is samsung 2018 flagship phone. If you’re looking for a portable phone to carry, the s9 may be a good buy for you as it is of 5.8 inches with a super amoled display, protected with a Corning Gorilla Glass 5, a HDR10, a 3D Touch (home button only) and an always-on display feature.

It has a fast processor of Qualcomm SDM845 Snapdragon 845 for US version, and Exynos 9810 (10 nm) – EMEA for EU and international version. Samsung galaxy s9 featured a IP68 dust/water resistant, a 3.5mm jack with active noise cancellation with dedicated mic, a dolby atmos sound tuned by AKG.

There is a provision for an SD Card, up to one terabyte, with an internal storage of 64GB 4GB RAM, 128GB 4GB RAM, 256GB 4GB RAM. One thing i don’t like about the phone is the battery capacity, which is just 3000mAh and not sufficient enough for hardcore phone users. 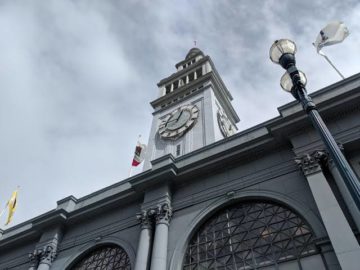 Samsung is among the company that produces the best camera in a smartphone. The s9 isn’t left out, and being a flagship device, can shift between f/2.4 and f/1.5, providing ideal optics for both day and night photography. If it’s bright outside, it will shoot at f/2.4; when there’s less light available, the lens will widen and utilise f/1.5 to let in more light.

You can you can manually change between the two apertures on the samsung galaxy s9, while also being able to tinker with exposure and white balance. The camera features a single 12-megapixel sensor, some added memory and OIS, and it can capture multiple shots every time you shoot and it will combine the shots together without you even noticing it.

Low-light shots taken with the f/1.5 option are certainly bright, and it’s possible to achieve superb shots in situations that phone cameras would normally struggle. The Photos on the galaxy s9 are detailed and colourful, noticeably more exposed than both the Pixel 2 and iPhone X, with good contrast and dynamic range.

If you’re currently looking for good or the best smartphone camera under $500, i will recommend the Samsung galaxy s9 unless you’re looking for a phone with large screen display.

In terms of display, the G8 ThinQ is of 6.1 inches, with an P-OLED capacitive touchscreen, protected by a Corning Gorilla Glass 5, a DCI-P3 100%, a HDR10, a Dolby Vision and an Always-on display just like on the high end galaxy phones.

LG introduced new features to their phones, and this include the Face ID, Hand ID, though finger print sensor is rear mounted on the G8 ThinQ.

There’s an SD card slot on the LG G8 ThinQ, up to 1 TB dedicated slot and an Internal storage of 128GB 6GB RAM. For those that love 3.5mm jack, it is included in the G8 ThinQ, with features like 32-bit/192kHz audio, DTS: X Surround Sound, and an active noise cancellation with dedicated mic.

It doesn’t end here, the phone is a wireless charging smartphone, with a fast battery charging of 21W. This is much better compared to the samsung galaxy s9 and s9 plus, though the same par with s10 and s10 plus. LG tried by increasing the battery capacity to 35000mAh, but when you check out phones released in 2019, many spot a battery capacity of 4000mAh. 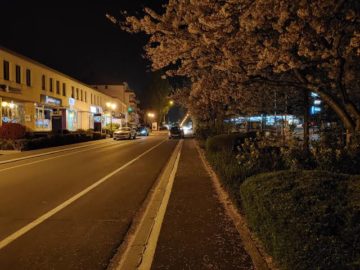 As this post is about the best smartphone camera in 2020 that is affordable, we’ll have to focus more on the camera and it’s specs. The LG G8 ThinQ is of two variant, one has dual camera, while the other has three cameras.

LG G8 ThinQ has a fast, accurate AF system and good noise control. It also handles target exposures well even in backlit situations, and its color rendering is usually good outdoors and indoors. Image stabilization works efficiently, especially when counteracting low-frequency motion, and the autofocus is fast to react to changes in the scene in brighter light and under indoor conditions.

AF failures are more common in low light, however, and video footage shows some noticeable artifacts when walking while recording, and In low light, the LG G8 ThinQ does a good job of exposing the main subject. However, the LG G8 ThinQ copes very well, usually identifying that the person in the foreground is the subject, and thus skews the exposure towards them. 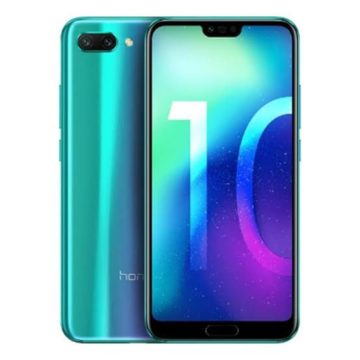 The honor 10 makes the list of best smartphone camera in 2020 under $500, irrespective of the fact that it was released in 2018. It is one of best honor phones that i love so much.

Just like the samsung galaxy s9, the honor 10 is just 5.84 inches display, but with IPS LCD capacitive touchscreen. The phone runs on android 8.1 Oreo, but can be upgradable to Android 9.0 Pie ; EMUI 9.1. Don’t know if there will an android 10 update for the honor 10, but it is likely there will be.

Thr honor 10 has a 3.5mm jack, a type c usb with an otg, but no radio. Fast charging is included and way better than in most samsung phones i must say. The phone is made up of a front/back glass, aluminum frame, a Dual SIM (Nano-SIM, dual stand-by). No single sim variant in the huawei honor 10 smartphone, and the battery capacity is 3400mAh. 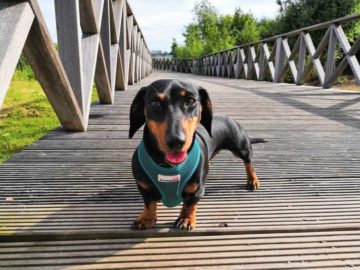 The Honor 10 has a dual-camera setup, with Huawei’s 2x hybrid zoom. There is no dual-LED flash either; just a single LED to light up the dark scenes. The camera interface has been reworked since the Mate 10, but we wouldn’t go as far as calling it more intuitive. First off, you have a mode selector on the bottom that you swipe left and right to change modes, but you can’t swipe on the viewfinder, just on the selector itself.

Honor’s implementation of the Master AI is enabled by default. The Honor’s AI is not as aggressive as Huawei’s was even though it pretty much works the same way and operates under the same scene presumptions. The camera recognizes the scene properly and turns on the right mode accordingly, its defaults for each scene do saturate the colors more than usual.

I was really impressed by the quality of the Honor 10, considering its price tag which is now $280. If you’re somebody who’s concerned with having a decent camera on board their phone, but is perhaps even more concerned with how much they spend, it’s a solid option to consider. 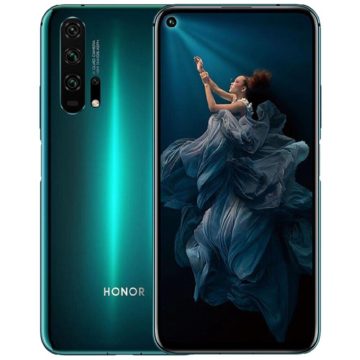 There’s no doubt that honor provides us with affordable and good quality smartphones, which the honor 20 Pro is among. Released in July 2019, is a flagship device for it’s own brand(honor) with a build quality of front/back glass, aluminum frame.

The honor 20 pro has 6.2 inches display, with an IPS LCD capacitive touchscreen. The phone is dual sim model, and no single sim model. There’s no wireless charging and also no water resistant, but it is actually good for the price. 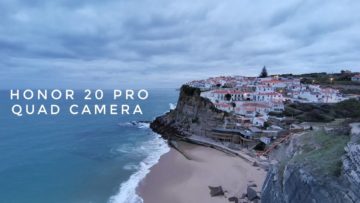 Honor 20 Pro performed well on night test, but like pretty much all smartphone cameras, it is far from perfect in dim conditions. Low-light cityscapes display nice exposure and color, and although detail and noise aren’t quite as good as the top performers, shots are pleasant overall.

When the flash triggers for night portraits, faces are sharp with good detail, but subjects can be overexposed against very dark backgrounds. Overall exposure and dynamic range is improved in portraits using the Honor 20 Pro’s Night mode, but detail is low, with significant ghosting on moving subjects and noticeable color casts occurring under street lighting.

The Honor 20 Pro remains an easy recommendation, especially for those who are looking for good camera performance at a relatively affordable price point.

So far i will stop here, but will always update or refresh this post with more best smartphone camera under $500 in 2020. You can as well help us by stating yours which you think is better through the comment box thanks.